A Colorado health system is testing the feasibility of remote patient monitoring for the early detection of febrile neutropenia, a common, life-threatening complication of cancer therapy that is typically treated as an oncologic emergency.

Ten bone-marrow transplant recipients will initially participate in the trial at the University of Colorado Anschutz Medical Campus, also known as CU Anschutz. The phased approach, through a series of studies, will scale the trial up over time to 100 participants, overseen by an institutional review board, and will include the use of predictive analytics, telemedicine, portable imaging, and supportive therapies such as antibiotics and hydration via IV.

The trial, overseen by CU oncologists, will include round-the-clock oversight from a team of oncology-certified advanced practice providers via a virtual care center operated by Reimagine Care, a company specialized in providing virtual care to cancer patients.
Febrile neutropenia leads to major complications in 25% to 30% of patients and may lead to death in approximately 10% of patients. Time to antibiotic administration has been independently associated with mortality, and each delay in starting antibiotics can increase the risk of 28-day mortality by 18%.

At the core of the trial is an RPM system consisting of an FDA-cleared BioSticker made by BioIntelliSense. The sticker, which adheres to the patient’s chest, collects a number of vital signs, including skin temperature, and is able through algorithms to monitor core body temperature, according to Aaron Gerber, MD, chief executive officer and co-founder of Reimagine Care.

Continuous monitoring of body temperature can detect weak signals or trends in ways that traditional temperature-taking, even in hospitals, can find challenging, according to Clay Smith, MD, director of the Blood Disorders and Cell Therapies Center and medical director of UCHealth and CU Innovation Centers.

The protocol also acknowledges that typical body temperature can vary from patient to patient. 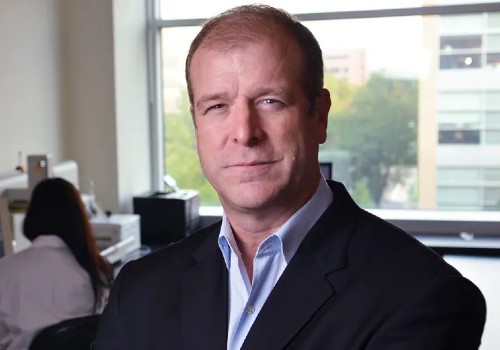 “If a patient is above a certain number relative to their baseline, we have a rules engine we set up working with Dr. Smith, and it triggers an alert,” Gerber says. “Then our nurse practitioners can figure out how we want to proceed from there.”

Historically, oncologists encouraged patients to buy thermometers and call their oncologist’s office if they feel bad, or they notice their temperature going up, Smith says.

“It’s so very much time for improvement,” Smith says. “One thing we’ve learned is that temperature, like virtually everything, is very different from one person to the next. The notion that there is a line you can draw on a thermometer, and that works for everybody, we’ve known for some time is just wrong. Everybody’s different. Temperature can also change if you just drink a cold drink or have a hat on, or if your temperature tends to run low or high, or you’re on some medicate that changes that.”

“What really excites me is bringing all of the different data from these remote patient monitors together, and developing new machine learning and other AI based algorithms to say, well, it’s not just temperature, it’s your heart rate’s going up, your breathing is getting a bit faster, you’re not as steady on your feet,” he says.

The new system is also expected to do a better job of detecting dehydration, or are not eating well, either of which can weaken patients, Smith says.

With this enhanced detection, the hope is to “nip [infections] in the bud before something really bad has happened,” he says.

The initial study will determine if the data is accurate and reproducible, Smith says. “Then what we hope to do is incrementally, in a fairly rapid and intuitive series of studies, to build upon that, and start to add more and more questions and tests of functionality,” he says.

Over time, the hope is to change the historical model to move much of the evaluation and care of patients from the emergency room to the home as much as possible, Smith says.

“Our mantra here is patients come first,” Smith says. “I also think it can be a great approach to improving access, improving quality of life, improving healthcare disparities. We do a lot of very high-end complicated types of treatments like bone marrow transplants, where people have to travel from sometimes a thousand miles away, because we’re the only academic medical center for the Rocky Mountains.”

The initial clinical trial will require participants to reside in the Denver metro area for the duration of the study, within 45 minutes of the academic medical center. But the intent is to be able ultimately to have participants throughout the region, Smith says.

Participants are asked to have reliable telephone and home internet service and a stable wireless network. The BioIntelliSense sticker communicates with an app on patients’ mobile phones via Bluetooth, Gerber says. As a backup medium, the sticker is also capable of communicating with clinicians via an associated cellular-based BioHub, which will also be provided to patients, Gerber says.

“What really excites me is bringing all of the different data from these remote patient monitors together, and developing new machine learning and other AI based algorithms to say, well, it’s not just temperature, it’s your heart rate’s going up, your breathing is getting a bit faster, you’re not as steady on your feet.” Clay Smith, MD, director of the Blood Disorders and Cell Therapies Center, and medical director of UCHealth and CU Innovation Centers.

By Scott Mace | Photo by Kampus Production from Pexels